Style reminiscent of the 90’s era. 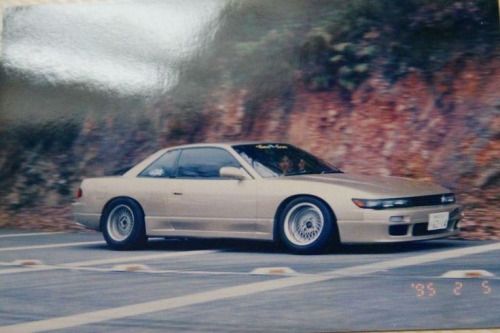 Brian’s (@lazy.thirteen) take on building his S13 in our modern day era definitely goes against the norm of 18” dish wheels, ridiculous camber, ginormous wings and slammed to the floor. The approach he took is reminiscent of the 90’s era, sporting simple yet refined aesthetics including small wheels, chunky tyres, bwave style wings & just enough camber for functionality (drifting).

But why did Brian opt to build an S13 and not another clapped out S15 that we generally see here down-under? Well we have “Noriyaro” to thank for that, a drifter on YouTube that played a huge role in influencing his selection. Through these YouTube videos, Brian’s eyes were opened to the world of drifting, a scene in which he would later become a part of. Fortunately for Brian, he had already known two people that owned the best beginner drift car (S13) and was on his way to start the life of being side-ways.

Let’s travel back in time to 2017, where Brian was able to enter the JDM market before the prices sky-rocketed to “what ice-pipe you've been smoking” prices. For as little as $5,000, he was in, ready to work on an unpolished S13 beast. But don’t get it confused, the S13 he bought would of course need work done to it, which he evidently provided in the span of three years. So what you are viewing is an accumulation of his hard-work, talent and patience.

Currently the S13 is finished but as all JDM owners know, there will always be another project car coming. Brian has disclosed to us that if he were to build another car he’d opt for the R34 four-door turbo but as he puts it “more power = more problems.”

Thank you @lazy.thirteen for sharing your creation, it is a true reflection of your passion and dedication to our never-ending lifestyle.